Microsoft's answer to Siri and Google Now just busted out the gate on Windows Phone 8.1, but already Microsoft seems keen on expanding its reach to the company's desktop and tablet OS. Microsoft scoopers at Neowin seem to have inside sources that claim Cortana is not only up and running on internal Windows 9 builds, but its performance is improving.

Say goodbye to one of Windows 8.1's defining features. A new leak snapped up by Winbeta claims that the Charms menu of the current OS will not be included in the desktop and laptop versions of Windows 9. And, according to ZDNet's Mary Jo Foley, the feature is on the chopping block for Windows 9 tablets and 2-in-1 laptops as well.

One Windows 9 to rule them all

Not so much a rumor as it is a confirmation, newly-minted Microsoft CEO Satya Nadella commented on the future of Windows recently, painting a picture of a unified operating system across all platforms.
"In the past we had multiple teams working on different versions of Windows," Nadella said. "Now we have one team with a common architecture. This allows us to scale, create Universal Windows Apps."
So, will Windows 9 spur the beginning of a single OS for all Microsoft devices, ultimately ending the fragmentation between Windows Phone, Windows RT and Windows proper? We can only hope.

Windows 9: Return of the Start Menu

Teased during the Build 2014 keynote address, the long-missed Start is basically guaranteed to make its return in Windows 9. Since that preview of the Start menu, replete with both Desktop and Modern UI elements, a screenshot (seen below) of an updated version of the feature has surfaced – ba-dum, chhh – through the MyDigitalLife forums.
Regardless of whether the snap is legit, since Microsoft has publicly promised the return of the Start menu, it should be safe to expect its debut in Windows 9 ... whenever that is.
Windows 9 release date, news and rumors(Credit: DUF_, MyDigitalLife)

We already know that the new Start menu will be alive and well in Windows 9, but the latest leak points to yet another quality-of-life improvement: truly windowed Modern UI apps. Today, Modern UI apps can be opened and managed from the desktop UI, but immediately switch to that interface when selected.
No more, claims Myce through a newly-leaked screenshot (seen below). The image, allegedly pulled from Threshold build # 9795, shows a Metro, or Modern UI, app opened in a windowed state on the (likely) Windows 9 desktop.
Windows 9 release date news and rumors(Credit: Myce)

Machine learning is the future of Windows?

That's at least what Microsoft Research lead Peter Lee wants out of Windows 9. He said as much in an in-depth interview with Digital Trends recently, pointing to Microsoft's Azure cloud computing platform and Bing to hopefully be the drivers behind the next versions of Windows.
"Using machine learning to extract relationships, entities, key ideas being worked on and bring those to the surface in tools. Maybe even digital-assistant tools to make companies more productive and smarter. That's one area we're going at" for Windows 9, Lee said.
"If I write a document and I want to say, share this with the appropriate people that work with Vikram from the meeting, or say, 'what's trending around me at work,' not in my personal space but at work … answering questions like that requires a very different kind of machine learning," he said.

Windows 9 to be smaller, with more apps

In the last Microsoft earnings call CFO Peter Klein made it clear that Microsoft has got the message that Windows 8 tablets need to be cheaper; "we know that our growth depends on our ability to give customers the exciting hardware they want, at the price-points they demand."
Another revealing Microsoft job advert talks about having Windows Phone and Windows RT apps run on both Windows Phone and Windows – it's no secret that Microsoft wants to unify things in this area.
"Do you wish the code you write for Windows Store apps would just work on the Windows Phone and vice versa? If so, then this is the role for you! We are the team leading the charge to bring much of the WinRT API surface and the .NET Windows Store profile to the Phone."
That sounds like a longer term goal, given that the job advert was on the Microsoft Careers site at the beginning of February 2012, and it's being driven by the Windows Phone team, but it could give developers an incentive to write apps for the Windows Store and give Windows 9 users more to choose from. Scaling apps to fit different size screens would help here too.

Windows 9 reaches for the cloud

A vision for a smaller version of Windows with more apps sounds like it lines up nicely with rumors that Windows 9 will focus heavily on cloud computing. WZOR claims to have information that supports this idea, pointing toward a Chrome OS-like operating system that requires an internet connection.
According to the leaker group, the core of Windows 9 will live in the given system's BIOS, while the rest of the OS will reside in the cloud, ready for picking via various apps and services. (Exactly how much of the standard Windows functions would be left out is what's worrying about this rumor.)

A recent Channel 9 video featuring Bruce Worthington, who leads the team working on Windows power management fundamentals, included some rather technical details about saving power in Windows and the improvement in Windows 8.
"If you look at the number of times we would wake up the CPU per second," he explained, "for Windows 7 you would typically see numbers on the order of one millisecond. We would literally be waking up the CPU a thousand times per second. If you look at Windows 8, on a clean system, we have numbers that are better than a hundred milliseconds. "
Now that Windows Phone 8 is based on the Windows Phone kernel, power management has to get better. "Now we're looking forward to the next release and we can get even farther – especially as we start interacting more and more with our phone brethren.
"They want us to be quiet for multiple seconds at a time. They even talk about minutes in some scenarios which is pretty far afield for us, to be thinking about minutes of being completely quiet. At least getting into the multi-second we're definitely ready to think about that."
Especially with Intel Haswell bringing Connected Standby to Core systems, not just low-power Atom tablets, saving power looks like a priority for Windows 9 (especially if it comes out at the same time as Intel's new chips.
"For the next release there's all kinds of things we've already identified that are going be quite challenging but at the same time the user is going to get a tremendous boost forward," Worthington promised.

There are features we predicted for Windows 8 based on Microsoft patents and technologies we've seen demonstrated by Microsoft leaders like CTO Craig Mundie that didn't make it into the OS. There are features Microsoft plans for every version of Windows that get cut to ship on time; sometimes they reappear, sometimes they don't.
Kinect-based 3D gestures might be on the cards this time around, especially as we hear that some notebooks will soon get 3D cameras – although from other suppliers rather than Microsoft.
Using two cheap webcams rather than an expensive 3D camera could make gesture recognition hardware cheap enough for laptops and then you could wave at the screen from a distance.
And maybe Direct Experience will arrive in Windows 9. The patent explains this as a way of starting Windows to play media files in a special purpose operating system and there are improvements in Hyper-V for Windows Server 8 that Microsoft could use to make Windows 9 work better for this, like being able to move a virtual machine from one place to another while it's running.
Windows 9Direct Experience would start up a media version of Windows if you booted with a USB stick of music files plugged in
One obvious question is whether Windows 9 will be 64-bit only – something that Microsoft threatened even before Windows 7 shipped – but that's going to depend on what chips are in PCs.

Cut to the chase
What is it? A complete update of Windows
When is it out? We expect it to be out in 2015
What will it cost? We really have no idea. But if Windows 8 is anything to go by, it won't cost much to upgrade. 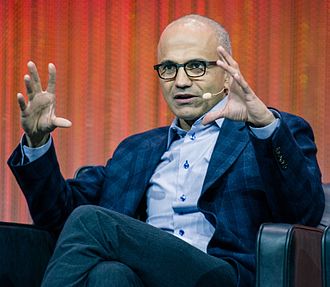