A close informal advisor to President Trump who has been deeply involved in all three of his Supreme Court nomination battles is the sole trustee of a mysterious group that brought in more than $80 million in 2018, according to a previously unreported tax return uncovered by CREW. The filing vastly expands the amount of money known to be flowing into the growing constellation of dark money groups tied to Federalist Society co-chairman Leonard Leo and provides new details about his role in a secretive firm that was responsible for one of the largest donations received by President Trump’s inaugural committee.

What makes Rule of Law Trust (RLT) particularly interesting is that despite its $80 million haul, the group seems remarkably hollow. It claimed it had no employees and no volunteers in its first year and listed what appears to be a virtual office in Virginia as its main address. Its stated mission is “to advance conservative principles and causes through communications, research, strategy and assistance to other organizations,” but there’s no apparent public information to demonstrate what that work entails, not even a website.

In an unusual financial arrangement, the group also appears to have channeled nearly all of its $2.7 million in expenditures through the BH Group — an enigmatic firm that, the filing reveals, is partly owned by Leo. The company has long been known to be tied to Leo, but the nature of his role was unknown until now. Just months after it was formed in 2016, the BH Group gave $1 million to President Trump’s inaugural committee — though the only known funds that it has received during that time came from other dark money groups allied with Leo. The ultimate source of the money remains unknown to this day.

The only other people linked to RLT in the sparse filing are either longtime Federalist Society officials-turned-consultants like Leo, or operatives with a long history working behind the scenes on dark money groups tied to Leo. For example, RLT’s single largest payment in 2018 was a $1.5 million consulting fee paid to Jonathan Bunch, a former vice president of the Federalist Society who has been involved in a number of entities tied to Leo. Bunch is now the president of CRC Advisors, a firm formed by Leo this past January. RLT paid an additional $300,004 to a firm called YAS, LLC for consulting. According to DC government records, the firm is registered to Maria Marshall, a former director of operations at the Federalist Society who currently serves as the vice president of CRC Advisors.

The records for RLT are maintained by Neil Corkery — who, along with his wife, Ann, is a longtime ally of Leo’s and has been tied to some of the largest conservative dark money groups in the country for more than a decade. Neil Corkery’s most notable connection is to two groups called the Wellspring Committee and Judicial Crisis Network (JCN), both 501(c)(4) social welfare groups like RLT. For ten years, from 2008 until its termination in 2018, Wellspring served as little more than a passthrough for anonymous money into politically active nonprofits that spent tens of millions of dollars on elections around the country and, in the case of JCN, judicial nominations. Leo has never personally held a formal position at either group, but he is reportedly closely involved in the fundraising for both groups.

As of last year, JCN operated out of an office on the same hallway as the Federalist Society in downtown Washington, DC. For years, JCN has been funded almost entirely by the Wellspring Committee — which was in turn funded by massive seven- and eight-figure contributions from anonymous donors. In 2016, JCN spent millions to pressure senators to not consider President Obama’s last Supreme Court nominee, Judge Merrick Garland. The following year, it poured millions into the fight to confirm President Trump’s first nominee, Justice Neil Gorsuch, to fill the same seat on the bench. The group’s president, Carrie Severino, tweeted a picture from Gorsuch’s swearing-in in the White House Rose Garden.

In 2018, the cycle repeated for Justice Kavanaugh’s nomination, and now JCN is pouring millions into the fight to confirm Judge Amy Coney Barrett to fill the seat opened by the death of Justice Ruth Bader Ginsburg.

Throughout these confirmation contests, Wellspring and JCN have funneled millions of dollars into the BH Group. Leo’s ties to the firm were first identified after he listed it as his employer on a contribution reported to the Federal Election Commission, but the nature of his role in the BH Group has been unclear for years. The Rule of Law Trust filing offers some new details, though. In a note buried deep in the return, RLT reports having reimbursed the BH Group for more than $4.3 million in expenditures that it describes as “independent contractor expenses incurred on behalf of Rule of Law Trust” and notes that BH Group is “more than 35% owned by Leonard Leo.”

But even as the note provides new details, it raises new questions. In particular, it explains that the more than $2.7 million that RLT spent in 2018 was funneled through the BH Group. In other words, it appears that a firm partly owned by the sole trustee of RLT paid all of RLT’s expenses, including $1.8 million in consulting payments to two former Federalist Society associates who now work at a consulting firm founded by the trustee, and then RLT reimbursed that firm for the expenses.

Another question looms even larger, though, stemming from the fact that RLT ended 2018 with more than $78.2 million on hand. What did it actually do with all its money? It’s not clear, and because of the lag in filings for nonprofit groups like this, no 2019 tax return is currently available. The group likely won’t file a 2020 tax return until late 2021. The same goes for the growing number of dark money groups tied to Leo in recent years.

A picture is emerging, but it will take years to sort out. One thing is clear, though: Leo and his allies have amassed a massive war chest of anonymous donations for their fight to remake the federal judiciary. 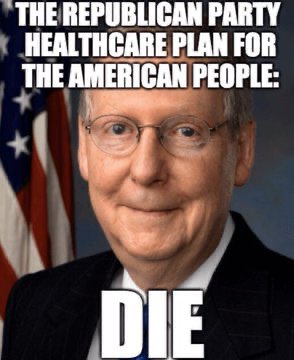