Syd Barrett, one of the original members of legendary rock group Pink Floyd, has died at the age of 60 from complications arising from diabetes.
He was born Roger Barrett in Cambridge and met future bandmates Roger Waters and David Gilmour at school there.

The guitarist was invited to join Pink Floyd by Waters in 1965 but left three years later after only one album with his mental state affected by drugs.

"He died very peacefully a couple of days ago," said the band's spokeswoman.

"There will be a private family funeral."

Barrett was the band's first creative force and an influential songwriter - but his drug intake soon began to affect his place in the band.

Often he would be seen standing on stage with his guitar dangling from his neck, staring into the crowd.

At one stage he was unhappy about appearing on Top of the Pops and walked out of a session recording in July 1967 after "freaking out".

"That really was the first sign of his complete mental breakdown," producer Richard Buskin wrote later.

"He never did come back into the studio any more after that, meaning that I had a hell of a hard time with the recordings".

He did turn up again, ironically on the day the other band members were recording a tribute to him, Shine On You Crazy Diamond.

Just as Pink Floyd were about to achieve worldwide success, he retreated from public life to return to Cambridge.

Members of the band felt his breakdown might have happened even if he had not used drugs but felt that along with the pressures of fame, the substances he took probably acted as a catalyst.

After he finally drifted out of the music scene, his whereabouts were unknown for two decades, until he turned out to be living with his mother.

Did they get you to trade
Your heroes for ghosts?
Hot ashes for trees?
Hot air to a cool breeze?
Cold comfort for change?
Did you exchange
A walk on part in the war,
For a lead role in a cage? 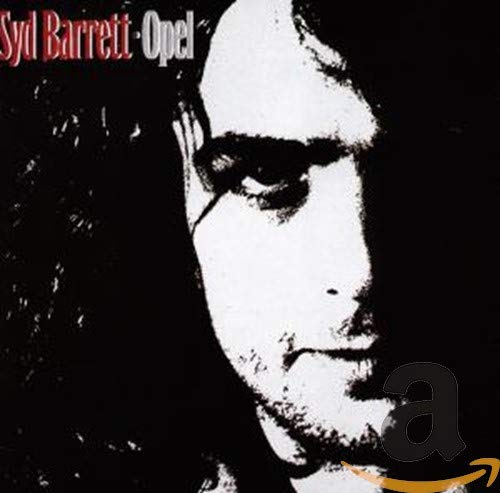 Quote:
Review by Richie Unterberger
For several years, the existence of "lost" material by Barrett had been speculated on by the singer's vociferous cult, fueled by numerous patchy bootlegs of intriguing outtakes. The release of Opel lived up to, and perhaps exceeded, fans' expectations. With 14 tracks spanning 1968 to 1970, including six alternate takes and eight songs that had never been officially released in any form, it is equally as essential as his two 1970 LPs. The tone is very much in keeping with his pair of solo albums; ragged, predominantly acoustic, melodic, and teetering on the edge of dementia. At the same time, it's charming and lyrically pungent, with Barrett's inimitable sense of childlike whimsy. The production is generally more minimal than on his other albums, even bare-bones at times, but if anything, this adds to the music's stark power. Highlights are the lengthy brooding title track, the multi-layered swirl of "Swan Lee," the alternate take of "Dark Globe" (with much better, more restrained vocals than the previous version), and the exuberant, infectious "Milky Way." Meticulous liner notes and excellent sound complete this lovingly archival package. 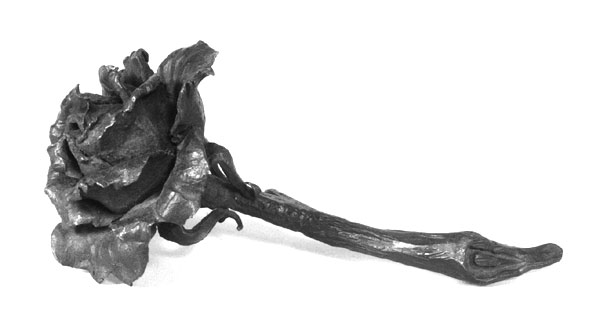 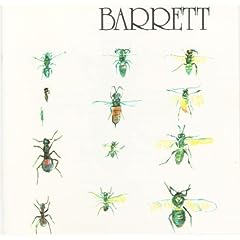 A founding member of Pink Floyd who suffered a mental breakdown in the late '60s, Syd Barrett is revered in some circles for his singular vision. While outtake recordings that have surfaced have sadly shown much of his psychic dislocation, his two solo albums he released have much idiosyncratic beauty to offer. Barrett is the second solo album, joining The Madcap Laughs as a solid representation of Barrett's innate tunefulness and bizarre, surrealist imagery. Produced by the Floyd's David Gilmour and Rick Wright and featuring Humble Pie's Jerry Shirley on drums, the album veers from lighthearted shuffling jug band tunes to the grand and majestic "Baby Lemonade," possibly Barrett's finest song. Several other Barrett staples such as "Dominoes," "Rats," "Gigolo Aunt," and "Effervescing Elephant" showcase Barrett's knack for unexpected chord changes and inventive rhythmic breaks. Ironically, Barrett's music is not some heavy "acid rock" trip but a free-spirited, openly optimistic, and folkie journey through one man's unusual mind. --Rob O'Connor

I took a heavenly ride through our silence
I knew the waiting had begun
And headed straight..into the shining sun! 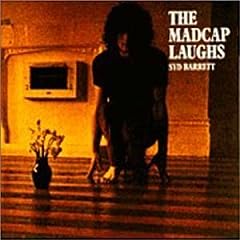 Having left Pink Floyd in 1968 after a daily LSD habit had taken its toll, Syd Barrett's first solo album finally appeared two years later with ex-Floyd sidekicks David Gilmour and Richard Wright riding shotgun with him in the studio. The Madcap Laughs is a brilliant but brittle album, with every strum of the electric guitar seeming to take its toll on Barrett's increasingly frayed nerve strings. On songs such as "Love You," his state of mind is well concealed beneath the sort of jolly jangle-pop Blur would later indulge in. On "Dark Globe," however, the strain is palpable: "Please lend a hand ... won't you miss me? Wouldn't you miss me at all?" he pleads, ominously. The best tracks are "Octopus," which possesses all the controlled mania of early Floyd, and "Golden Hair," a still moment of musical rapture whose lyric is taken from a James Joyce poem. --David Stubbs

..very rare live set performed at the BBC studios by Syd Barrett with the help of Jerry Shirley and Dave Gilmour in February 1970 and later broadcasted. This was the first piece of not-yet-released material from Syd Barrett in eighteen years.

"Shine On You Crazy Diamond"