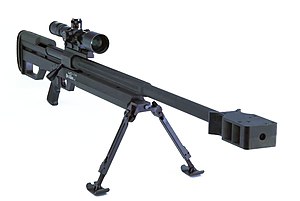 At 2,067 meters, Mt. Bjelasnica-slightly south and
west of Mt. Igman-was one of the highest peaks in
Bosnia. Its towering height had added value as the site
of a huge radio and television transmitter-one of
Sarajevo's more recognizable landmarks. Both Igman
and Bjelasnica had been captured by the Bosnian
Serbs in mid-1993 but were placed under UN control
after the threat of NATO airstrikes compelled the VRS
to withdraw from the mountains. Since the 14 August
1993 UN-imposed demilitarization agreement, the UN
held control of the peaks with the understanding that
UN peacekeepers would keep the DMZ free of com-
batants or equipment from any of the factions. 172
Despite the ostensible demilitarization, however, the
Bosnian Anny kept troops on both peaks, and proba-
bly as many as 1,500 to 2,000 ARBiH troops occupied
the "UN controlled" mountains at any given time. In
addition, Bosnian Anny forces worked on prepared
defenses, bunkers, and trenchlines within the demilita-
rized zone. UN peacekeepers had tried but failed to
sweep the government forces off the mountains in late
1993.

Around the end of September, the Bosnian Anny
began massing its forces on and around Mt Bjelasnica
for a substantial offensive through the demilitarized
zone and against Serb positions on the mountain's far
side.173 The first of October marked the commence-
ment of a major ARBiH offensive operation in the
Bjelasnica- Treskavica area against the VRS Sarajevo-
Romanija and Herzegovina Corps. The attack was
kicked off by probably two full 1st Corps brigades, as
well as elements of at least three other brigades, fur-
ther supported by the Interior Ministry's elite "Lasta"
(Swallows) Special Police battalion.174 The offensive
was first directed against the village of Rakitnica on
the slopes of Mt Bjelasnica and soon expanded to
include fighting along the entire Bjelasnica-Treskav-
ica frontline.175 The town of Trnovo itself came under
Bosnian Anny artillery fire the following day.176 (Still
further to the south, the ARBiH 4th Corps also took
the offensive from Konjic toward Kalinovik.) French
UN peacekeepers blocked some 300 Bosnian Anny
troops transiting the mountain on 3 October, but oth-
ers were clearly getting through.177 178

Controversy erupted the following week, on 6 Octo-
ber, when the Bosnian Serbs charged that a Bosnian
Anny sabotage unit had massacred and then mutilated
20 Serb troops-including four female nurses-at a
VRS battalion headquarters location near Mount
Bjelasnica. The UN initially appeared to corroborate
the Bosnian Serb reports, and UN Special Envoy
Yasushi Akashi told reporters that in many cases the
Serb bodies had been "mutilated or burned and disfig-
ured.179 What exactly had happened atop the snow-
covered mountain, however, remained obscure, and
the Bosnian Serbs hotly threatened retaliation, imply-
ing that they would resume shelling Sarajevo in defi-
ance of the heavy weapons exclusion zone.180 181 The
UN took immediate action, hoping to forestall a gen-
eral VRS offensive by forcing the Muslims off the
mountains thelnselves. French UN peacekeepers
swept over the Igrnan and Bjelasnica areas on 7 Octo-
ber, forcing Bosnian Army soldiers out of their posi-
tions-occasionally with the additional persuasion of
French warning shots-and destroying their bunkers
with antitank rockets.182

At this point, a clearer picture began to emerge of
what had taken place during the attack that night.
First, the UN retracted its charge that the Bosnian
Army had mutilated the enemy corpses. Instead, it
turned out that four sentries had their throats slit in a
commando-style operation. Others had been shot at
close range but apparently during combat. What had
happened began to look less and less like a massacre.
Under closer scrutiny, the evidence pointed instead to
a sophisticated, swiftly executed sabotage operation
against the command post of the VRS Tmovo battal-
ion.183 An indignant Bosnian Government demanded a
formal apology for UN Special Envoy Akashi's earlier
assertions that the Bosnian Army had executed its
prisoners. The UN lamely countered with the charge
that the Bosnian Army was not supposed to be operat-
ing in the demilitarized zone in the first place. 184

Meanwhile, UN forces continued to force government
troops off the mountains, both to preserve UN credi-
bility and to forestall VRS retaliation against Sarajevo
city. 185 186 On 9 October, the Bosnian Serbs, Bosnian
Government, and the United Nations agreed to form a
joint commission to inspect the demilitarized zone and
verify that it had been cleared of government forces. 187
The dispute dragged on, however, as the Bosnian
Government kept putting off the joint inspection of
the mountains. Worse yet, the Bosnian Army mounted
a second attack through the Ig\nan DMZ to ambush a
VRS unit just outside the demilitarized area. The Bos-
nian Serbs retaliated with heavy weapons fire from
within the exclusion zone.

On 13 October, VRS Chief of Staff Gen. Milovanovic
issued a one-week ultimatum, asserting that, if the UN
did not evict the Bosnian Anny from Igman and
Bjelasnica, the Bosnian Serbs would reoccupy and
scour the peaks by force.188 Talks broke down on
18 October when the Bosnian Government refused to
withdraw the 500 or so troops remaining on the two
mountains-insisting that any withdrawal be linked to
UN assurances that UNPROFOR would safeguard
traffic over the Mt. Igman road into Sarajevo. The UN
refused, and Bosnian Serb retaliation looked immi-
nent.189190 The 20 October deadline came and went
without incident, however, leaving the standoff
unresolved.

The UN went after the remaining Bosnian Govern-
ment troops in the DMZ on 24 October, whereupon
the Bosnian Anny troops opened fire on a group of
French peacekeepers. The French responded in kind,
and a sharp firefight ensued before tempers cooled
and the two forces disengaged. An apologetic Bosnian
Government, apparently recognizing that it had gone
too far, ordered its remaining troops off the mountain.
The three-way standoff-Bosnian Government, Bos-
nian Serbs, and United Nations-had finally been
resolved, for a time, at least. As October drew to a
close, the focus of activity and attention was to move
from Mt. Bjelasnica to Mt. Treskavica, its neighbor to
the south.191192193

The beginning of November marked the transition to a
new phase of the ARBiH offensive, one directed fur-
ther south toward Mt. Treskavica-another peak
southeast of Mt. Bjelasnica and of equally imposing
dimensions (2,088 meters)-and the Sarajevo-Trnovo
road segment. The shift began on 29 October-just as
the Igman-Bjelasnica withdrawal was to be com-
pleted-when Bosnian Government troops again
advanced south through the Mt. Bjelasnica demilita-
rized zone to attack two Serb-held villages at the foot
of the mountain.194 Bosnian Army forces also shelled
a nearby UN observation post with an artillery piece
from within the exclusion zone.195 196 The following
day, the Bosnian Anny shelled Serb-held Javorak on
the south side of Bjelasnica with heavy artillery and
captured the town.197

The Bosnian Army's lst Corps continued its advance
in early November, attacking further to the east after
taking Javorak and moving onto the Hojta ridge line
connecting the flanks of Mounts Bjelasnica and
Treskavica.198 In a successful push over the next few
days, the Bosnian Army advanced the frontlines sev-
eral kilometers to the east and took three towns along
the smaller north-south road that ran several kilome-
ters west of Trnovo.199 The VRS Herzegovina Corps,
however-hastily reinforced by elements of the
Sarajevo-Romanija Corps-halted the ARBiH
advance around 6 November, with the frontline still
several kilometers west of the main highway.200201 On
14-15 December, the Bosnian Army made its last push
of the year in the direction of the Trnovo road. Again
the ARBiH advanced, claiming gains of 20 square
kilometers-but still failed to secure the road.202

At the end of the year, the Bosnian Army had taken a
total of some 100 square kilometers on Mts. Bjelas-
nica and Treskavica and had captured at least five
highly prized tanks, several small artillery pieces and
mortars, and sizable munitions stores.203204205 Never-
theless, although the Bosnian Government gains were
substantial, they still fell short of their primary goal of
interdicting or capturing the Trnovo road. Despite a
valiant-and partially successful-effort, Trnovo still
layout of reach.
Top