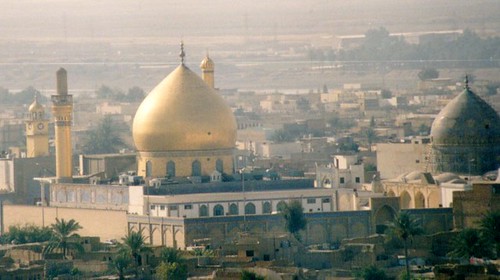 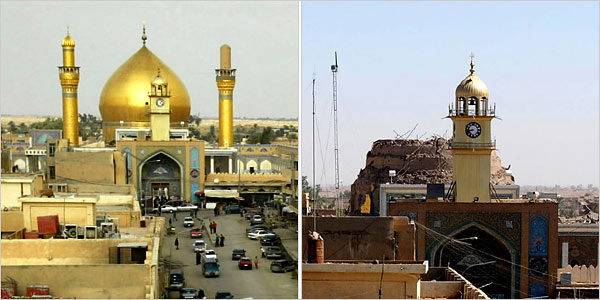 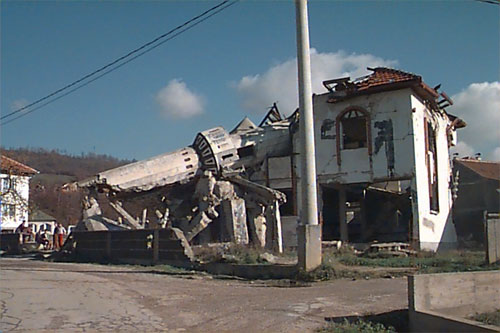 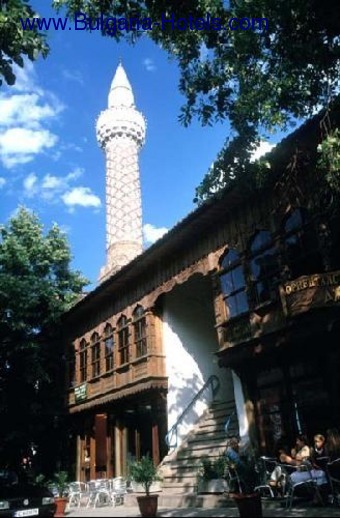 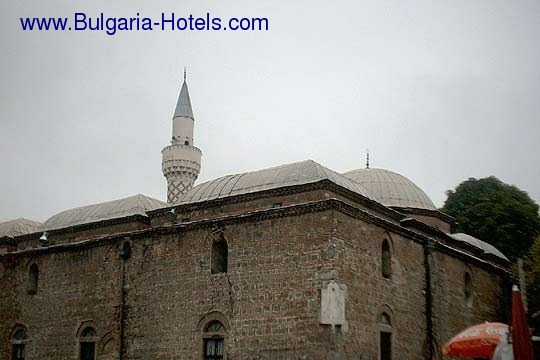 Djumaya Mosque, known also as Ulu Mosque, is a precious architectural monument in the center of Plovdiv that gives an idea of the old settlement of Filibe. It is one of the biggest and the oldest mosques in Bulgaria. It is called Djumaya (from Turkish – Friday), because the service was held in Friday.
It is believed to be built as an imperial mosque by Shihabedin pasha, son of the patron of Plovdiv and beilerbei of Roumelia, during the reign of Murad II (1359 – 85). The building has been restored twice: in 1785 and again in 1818 after being damaged in an earthquake.
The Djumaya Mosque is an extremely solid building with thick stone walls and is covered by solid-coated domes. The architecture of the interior seems monumental. There are four square pillars which support nine huge interior vaults. The walls and the vaults are vividly painted with coloured ornaments and quotations from the Koran. Its 23 meter high minaret decorated with zigzag lines rises from the Northeastern corner of the mosque, while diagonally, in the southeastern corner, there is an ancient sun-dial. The mosque is decorated with murals by Nakshi Mustafa Zelebi, dating from the 19 th century.

The interior is marked by a mahfil (pedestal for the singer), a sultan's box and a mimber (pedestal for the imam). It is said to be one of the three examples of the oldest type of the Ottoman worship buildings still preserved on the entire Balkan Peninsula.
It is open most days, and visitors are welcome to inspect the pale blue interior, with its fountain and floral-pattened walls.
http://www.visitbulgaria.travel/guide/d ... osque.html
Ovdje imaju i slike unutrašnjosti:
http://www.virtualtourist.com/travel/Eu ... -BR-1.html
Ovdje kaže da je najstarija na Balkanu, a na videu stoji da je ustvari Džamija sultana Murata: 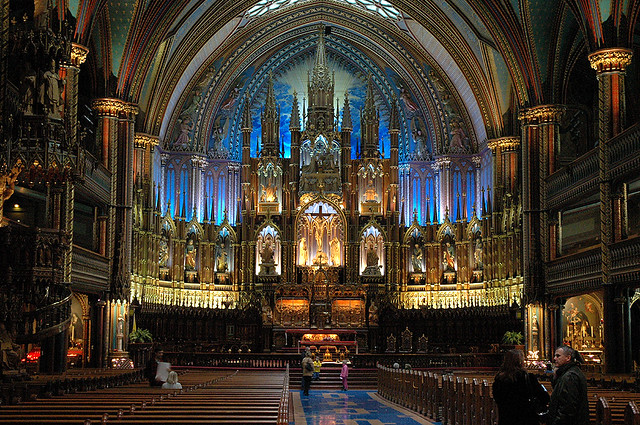 Church of Our Savior on Spilled Blood – Russia 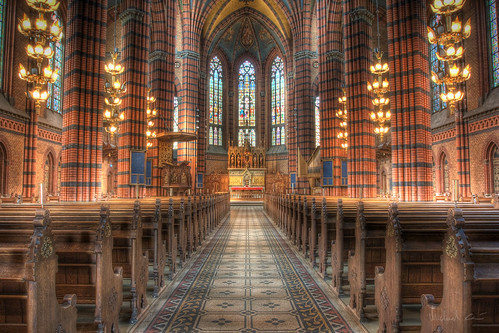 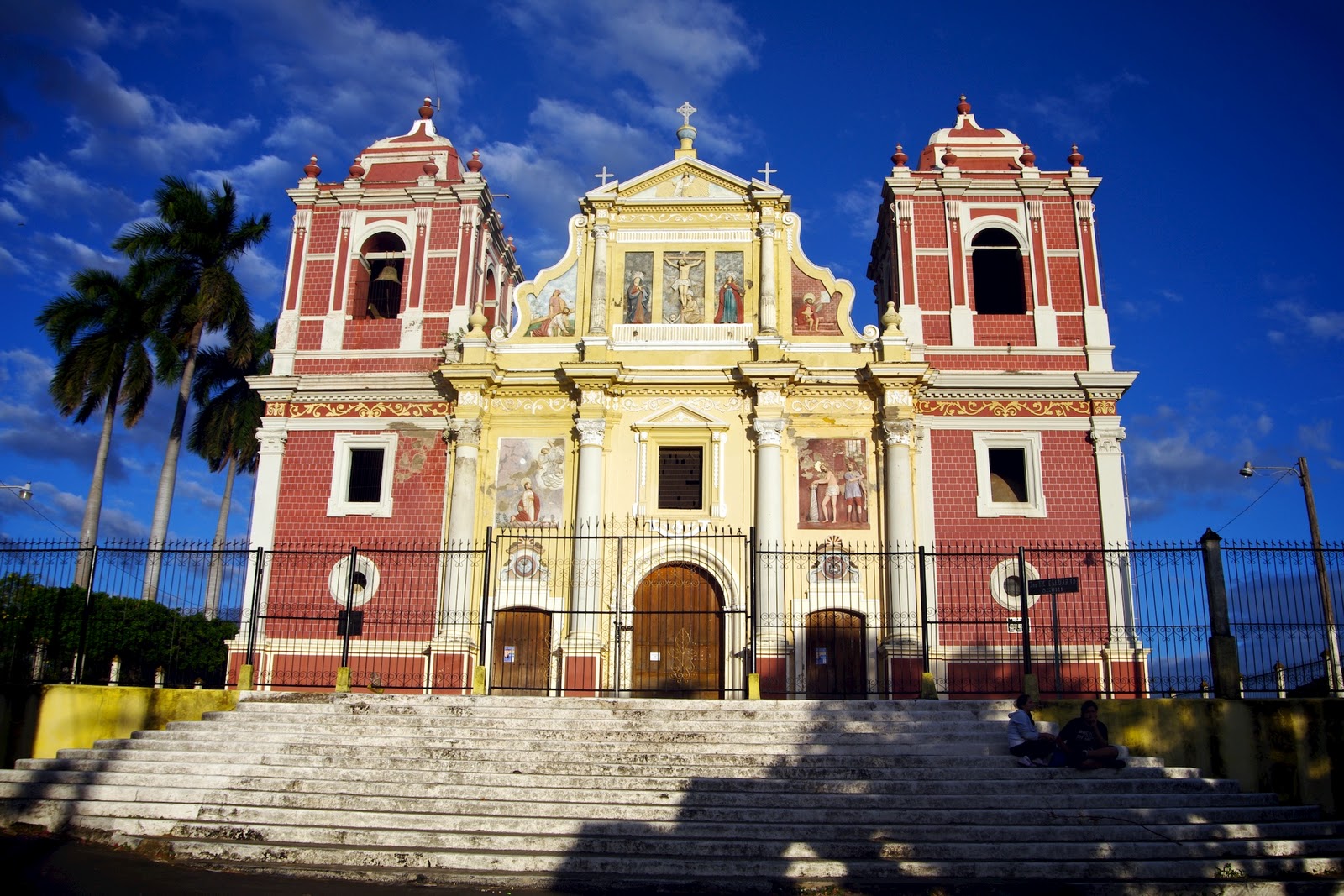 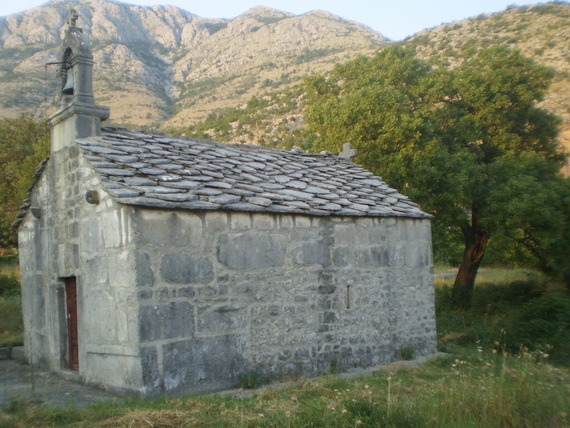 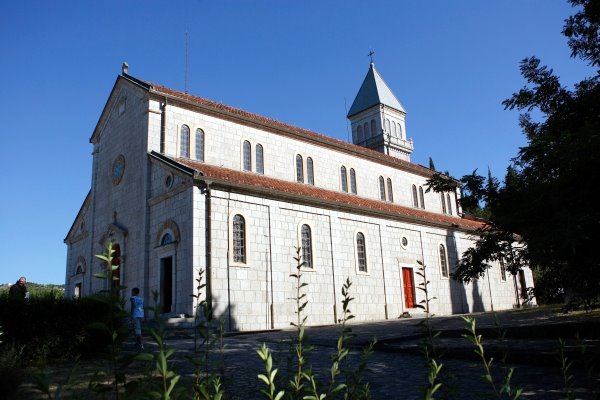 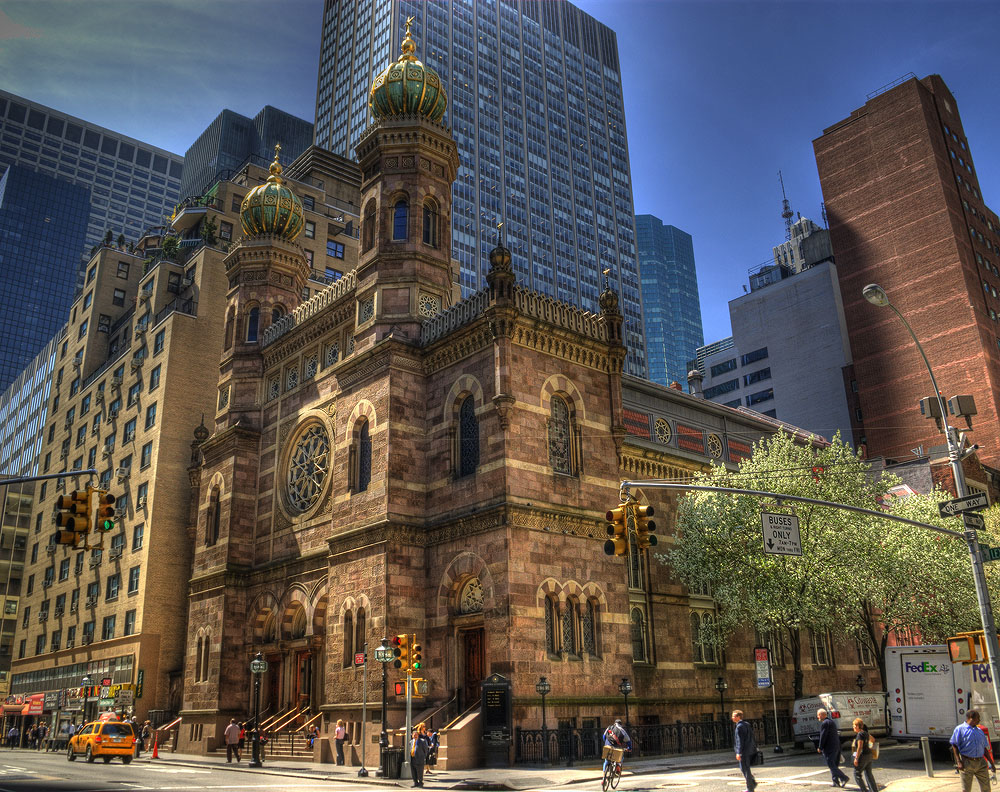 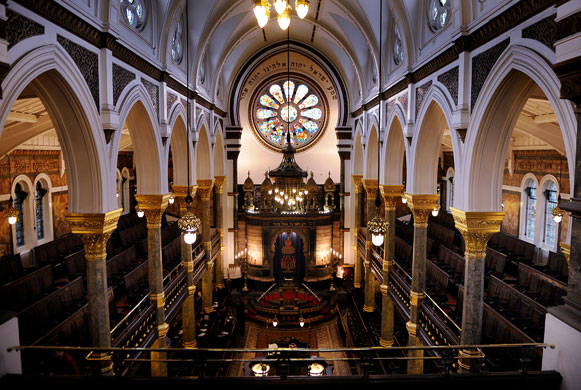