Biti il ne biti
To shroom or not to shroom?
Top

It is significant to understand that there is only one person, Gautam Buddha, who has used nothingness, emptiness, for the ultimate experience. All other mystics of the world have used fullness, wholeness, as the expression, the indication of the ultimate experience. Why did Gautam Buddha have to choose a negative term? It is significant to understand -- for your own spiritual growth, not for any philosophical reasons. I do not speak for philosophical reasons. I speak only when I see there is some existential relevance. The idea of fullness, the idea of God, the idea of perfection, the idea of the absolute, the ultimate -- all are positive terms. And Gautam Buddha was amazed to see the cunningness of human mind. The innocent mystics have simply used the positive words because that was their experience. Why bother about the misery which is no more? Why not say something about that which is now? The innocent mystics have spoken out of their isness. But throughout the centuries the cunning minds of people around the world have taken advantage of it. To the cunning mind, the idea of fullness and the positive terms indicating it became an ego trip: "I have to become God. I have to attain the absolute, the brahma; I have to achieve the ultimate liberation." The I became the center of all our assertions. And the trouble is that you cannot make the ultimate experience a goal for the ego. Ego is the barrier; it cannot become the bridge. So all the positive terms have been misused. Rather than destroying the ego, they have become decorations for the ego. God has become a goal, you have to achieve the goal. You become greater than God. Remember, the goal cannot be greater than you. The achieved cannot be greater than the achiever. It is a very simple fact to understand. And all the religions have fallen because of this simple innocence of the mystics. Gautam Buddha was the most cultured and the most educated, the most sophisticated person ever to become a mystic. There is no comparison in the whole of history. He could see where the innocent mystics had unknowingly given chances for cunning minds to take advantage. He decided not to use any positive term for the ultimate goal, to destroy your ego and any possibility of your ego taking any advantage.

He called the ultimate, nothingness, emptiness, shunyata, zero. Now, how can the ego make zero the goal? God can be made the goal, but not zero. Who wants to become zero? -- that is the fear. Everybody is avoiding all possibilities of becoming zero, and Buddha made it an expression for the ultimate. His word is nirvana. He chose a tremendously beautiful word, but he shocked all the thinkers and philosophers by choosing the word `nirvana' as the most significant expression for the ultimate experience. Nirvana means blowing out the candle. The other mystics have said that you are filled with enormous light, as if thousands of suns together have suddenly risen inside you, as if the whole sky full of stars has descended within your heart. These ideas appeal to the ego. The ego would like to have all the stars, if not inside the chest then at least hanging on the coat outside the chest. "Enormous light"... the ego is very willing. To cut the very roots, Buddha says the experience is as if you were to blow out a candle. There was a small flame on the candle giving a small light -- even that is gone, and you are surrounded with absolute darkness, abysmal darkness.
Top 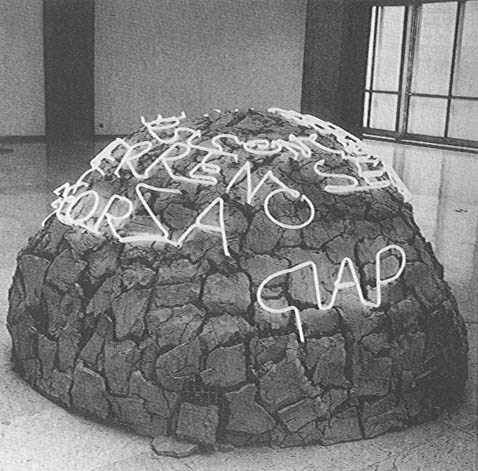