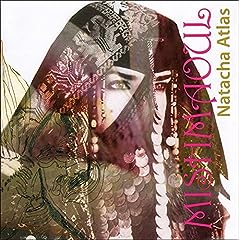 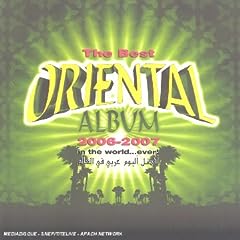 5. Lili Boniche – Ana Fil Houb
Algerian-Jewish singer/guitarist Lil Boniche was re-discovered at the age of 78 playing in a Paris Café. His penchant for mixing up languages (he sings in French as well as Arabic) and styles (flamenco, jazz, traditional) has made him a cult hero, and this remains one of his best-loved songs.

6. Dahmane El Harrachi - Hakhra Fayelle
Probably best known through Rachid Taha’s searing cover of ‘Ya Rayah’, Harrachi was one of Algeria’s greatest singers of shaabi (Arab street music). Born the son of a religious dignitary, El Harrachi became famous for his songs about life as a North African immigrant living in France. If you want to discover who influenced Taha’s vocal style then look no further …

8. Najat Aatabou – LM Ouima
Discovered after secretly being recorded singing at a family party, Najat Aatabou became a popular, but controversial singer of contemporary Moroccan, Berber, and Arabic songs. Known more recently through a sample of her song ‘Just Tell Me The Truth’ on the Chemical Brothers recent hit ‘Galvanize’, ‘LM Quima’ shows her at her most impassioned.

9. Jil Jilala – Baba Aadi
Similar to the rivalry between the Beatles and the Stones, Jil Jilala and Nas El Ghiwane spilt the adoration of the Moroccan public. A far politer alternative to their more rebellious contemporaries, they were founded in Marrakech in 1973 and soon sent the country alight with songs such as ‘Laayoune Ayniya’ (which became an unofficial national anthem) and this track.

10. Omar Faruk Tekbilek (with Steve Shehan) – Dulger
One of the Middle East’s most popular multi-instrumentalists, Tekbilek first came to prominence on the soundtrack to ‘Suleyman The Magnificent’ directed by Suzanne Bauman. This moody slice of Turkish/Egyptian opulence carves a direct route back to his earliest influences.

11. Fairuz – Sallimleh Alayh
Only one woman has come close to the great Oum Kalsoum in terms of adoration across the Middle East, and she is the Lebanese diva Fairuz. The title of this song translates as ‘Give Him My Regards’ and speaks of the love-torn anguish of a cast aside suitor.

12. Oum Kalsoum – Ala Balad El Mahboub
Born in 1904, Oum Kalsoum was the ‘voice of Egypt’ until her death in 1975. Beloved of President Nasser (who never missed her Cairo performance every first Thursday of the month), her impassioned, and hugely theatrical delivery left audiences spellbound. This 1936 recording was taken from the soundtrack to her first (and most famous) movie ‘Wedad’.

1. Hamid Bouchenak – A Shebba
Although it’s agreed that Oran in Algeria is the birthplace of Ra&iuml;, the Moroccan city of Oujda could almost come a close second, and resident Hamid Bouchnak is revered in the Maghreb for his dynamic mix of pop, Ra&iuml;, gnawa, jazz, and reggae. A Shebba shows an abundance of all these elements.

2. Khaled – Le Camel
La Camel is from a period of his career that established Khaled as one of Algeria’s greatest voices. Recorded not long after he moved to France but before he began a hugely successful international career, it’s not hard to hear what drew the major companies to his door in this infectious slice of eighties power pop.

3. Cheb Mami – Madiriche Aliya
The Prince of Ra&iuml; is known to many Westerners as the guy who dueted with Sting on ‘Desert Rose’ but he’s far better known in North Africa for a string of infectious Arabic pop songs, which fully capitalise on his soulful Algerian ululations. A true North African star, this catches him early in his career and shows glimpses of what lay ahead.

4. Rasto – Wach Darou Fina
Ra&iuml; and reggae have long been comfortable bedfellows, and Algerian singer Rasto certainly takes his Jamaican influences seriously. His particular blend of Ra&iuml; owes as much to Bob Marley as it does to Oran.

6. Hanino – Douar Zine
Moroccan Ra&iuml; sensation Hanino was born in Oudja but moved to Lille in the early nineties. He started his career singing at weddings, but got his first break in rap-ra&iuml; group Oxyg&egrave;ne. Since then he’s become better known for mixing up ra&iuml;, reggae and chaabi in an easily accessible style.

7. Cheb A&iuml;ssa – Nouara
Perhaps better known as the protégé of the great Cheb Mami, Cheb Aissa was born in Sa&iuml;da (as was his mentor) 200 km from Oran in the west of Algeria. He’s become famous for helping modernise ‘trab’ – a rural style of Ra&iuml; linked to the gasba flute, and often featuring “risqué lyrics and sexual allusions”.

8. Malik – After Ra&Iuml;
Responsible for an Arabic version of ‘Shaft’, which appeared on the first Buddha Bar compilation, Malik Adouane has a reputation for mixing his Saharan roots with a variety of club styles. This is taken from ‘Da&iuml;men’, which attempted put Ra&iuml; on a more Ibiza orientated trajectory.

10. Cheikha Remitti – C’est Fini, J’en Ai Marre
From the ‘grandmother of Ra&iuml;’, and still a huge influence to many contemporary Ra&iuml; singers, this song has a typically defiant title which translates as “I’ve finished, I’ve had enough”. Trademark pummelling guellal drums and omnipresent gasba flute make this a particularly fine example of her work.

11. Cheikh Meftah – Consulat
It’s only recently that artists such as Cheikh Meftah and Cheikha Remitti have come to the attention of music lovers outside of Algeria. Their earthy ‘trab’ music style is as old as the Atlas Mountains and just as timeless.

1. Hakim & Olga Ta&ntilde;ón – Ya Albi
Egyptian shaabi superstar Hakim hooked up with Puerto Rican Queen of Merengue Olga Tanon in a chateau in France at the behest of music mogul Miles Copeland. Latin-American hip-hop star Kemo (Delinquent Habits) joined the party and this fabulously infectious hit single was the result.

2. Cheikh DB Mix – Allaoui & Reggada
Allaoui is a type of dance from West Algeria used exclusively in Oran and Oujda, and Reggada is a particular vocal style from the same region. This is a cool fusion of both from the unlikely named Cheikh DB Mix.

3. Hanino – Cuite Ni
Hanino first came to prominence collaborating with the Bouchenak Brothers on his debut album ‘Al Bardia’. Since then the Moroccan heartthrob has made countless albums drawing on elements of ra&iuml;, shaabi, and reggada amongst others. This track is perfect slice of North African pop.

4. Nancy – Akhasmak Ah (We Might Quarrel)
Born in Asrafiyeh, Lebanon, in 1983, Nancy Ajram started her career by covering the songs of Fairuz and Oum Kalsoum, before releasing a debut album in her early teens. The title translates as “I’d get upset from you”, and propelled her into superstardom plus a lucrative deal with Coca Cola.

5. Hasna – Marsoul Il Hob (Object Of My Affection)
With an intro hugely reminiscent of Panjabi MC’s ‘Mundian To Bach Ke’, this is sensuous Arabic pop by beautiful Moroccan singer Hasna. A huge hit across the Middle East, it was written by Moroccan musician Abdel Wahab el-Doukali.

6. Najwa Karam – Bara’ah
Najwa Karam helped put Lebanese pop music on the map in the 1990’s. A philosophy graduate, she released her first album ‘Ya Hahayec’ in 1989, and has since won many admirers and countless awards, making her one of the Arabic world’s best loved divas.

7. Yuri Mrakadi – Arabyon Ana (Circus mix)
One of the biggest stars of the moment, Lebanese singer Yuri Mrakadi hit the ground running with the release of his debut album in 2001. Frequently used by big multi-national corporations to help endorse their products, his voice and looks mark him out as a very gifted - and corporate savvy - performer.

8. Beirut Biloma – Take Me To Beirut
Originally a huge club anthem entitled ‘Drive me to Beirut’ this remake appeared on the debut album of Lebanese producer Mohamed Kebbe’s current project Beirut Biloma. Arabic dance isn’t usually faceless, but Kebbe relies on a host of singers and rappers to help front his expansive productions.

9. Kadim Al Sahir – Baghdad (Kathora Al Hadeeth) (Transglobal Underground alternative mix)
Iraqi heartthrob Kadim Al Sahir has often courted controversy. At the start of his career he refused to sell out by singing manufactured pop, and his first hit ‘Ladghat El Hayya’ in 1987 was a thinly veiled critique of the recent Iran-Iraq conflict. Having studied traditional Arabic music at Baghdad Music Academy his contemporary compositions have more depth than most, as this rare Transgloblal Underground remix testifies.

11. Azzddine with Bill Laswell - Srir F’al Houbb
Azzddine Ouhnine is a blind Oud player and composer from Rabat, the capital of Morocco. Here he collaborates with various members of his orchestra, alongside esteemed bass player Bill Laswell, to produce a fine fusion of Moroccan dub and swooping Arabic strings.

12. Aisha Kandisha’s Jarring Effects - Lahbab
Underground Moroccan trance collective, Aisha Kandisha’s Jarring Effects, were named after a mythical enchantress/she-devil and in the early 90’s developed a considerable following in Europe. This track sees them at the height of their powers, taken from the cult album ‘Shabeesation’ which also featured Bill Laswell, Umar Bin Hassan of the Last Poets, and P-Funk keyboardist Bernie Worrell.
Top