This time next year ...- jelde

This time next year ...- jelde 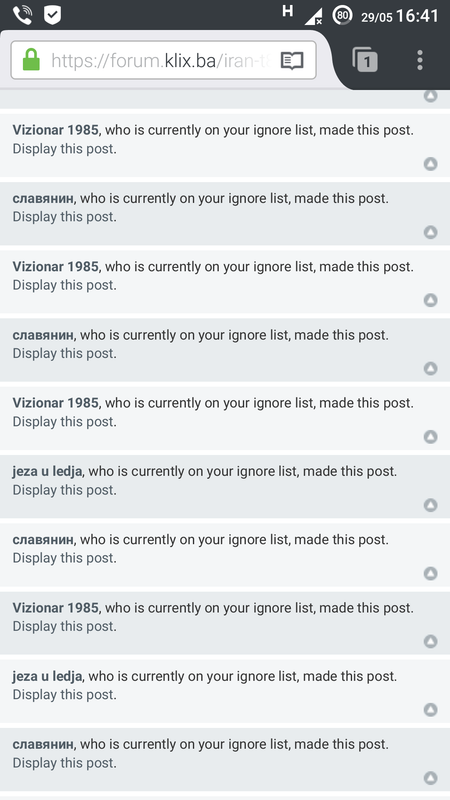 
The Wall Street Journal headlined on May 27th,
“Iran’s Crude Buyers Jump Ship” and reported that “the country’s direct crude buyers have all but vanished, traders and executives in the Islamic Republic say. … China, India, Turkey, South Korea and Japan have ended all direct purchases of Iranian crude and condensates, they said.” Those buyers had “bought up to 1.6 million barrels a day of Iranian crude in March combined.” In China’s case, the decision to comply with Trump’s sanctions had not yet been known, until “When a Chinese-owned tanker loaded in Kharg in mid-May, it was widely interpreted as a resumption of Beijing’s crude purchases. But the tanker subsequently gave Indonesia as its destination,” and this indicated that the largest importer of oil from Iran, China, is now complying with the U.S. demand to stop trading with Iran. Now that Trump has cancelled all waivers, these countries have added themselves to the list of those which were already complying with the U.S. demand to stop importing Iranian oil. Furthermore, “Chinese companies are no longer buying Iranian crude, businessmen in Tehran say.” The U.S. and Saudi Arabia intend to be selling most of the oil that Iran previously had been selling but now is blocked from selling; so, at the same time as Iran gets strangulated by Trump’s sanctions, America and its chief ally, the Sauds, become further enriched by these sanctions.

The neoconservative Joseph Biden is probably benefiting more from his having supported neoconservatism, against Iraq, Libya, Syria, etc., than Sanders is benefiting from having opposed those invasions. In U.S. politics, the record shows that there is no gain to be won by opposing U.S. aggression. Sanctions are economic aggression: they are the first step toward an outright invasion. Between the sanctions and the invasions comes a crescendo of propaganda in order to whip up ‘patriotism’. It happened with Iraq. It happened with Syria. It happened with Nicaragua. And it could happen with Venezuela, Iran, Russia, China, and/or North Korea.

On May 13th, Reuters headlined “Iran insists on ramping up oil sales to stay in nuclear pact”
and reported that “EU officials … estimate Iran needs to sell 1.5 million bpd to keep its economy afloat. A drop below 1 million bpd could bring hardship and economic crisis.”
Prior to U.S. President Donald Trump’s cancellation of the nuclear deal with Iran and re-imposition of economic sanctions against Iran and against any companies that trade with Iran, Iran had been selling around 2 million bpd (barrels per day). So, the subtraction of “1.6 million barrels a day” would, alone, bring this down to 0.4 million bpd. It would be turning the screws so hard that the suffering of Iranians would be unbearable. But look at what Trump and a passive Congress are doing in Yemen, where the U.S. regime supplies the weaponry the training and the Saudis and UAE forces use them to slaughter as many Houthis as they can by bombing the food-supply route. Maybe just starving Iranians won’t seem to Americans to be that bad. American propaganda makes it all seem okay or even good and a necessary thing to do.
Furthermore, quoting again the May 13th article:
Once Europe’s biggest supplier, Iran has seen its exports gradually cut off from European buyers.
China – Iran’s largest oil customer with imports of 475,000 bpd in the first quarter of this year – has also stopped buying from Iran after Washington chose not to renew sanctions waivers.

Iran is being abandoned now, not only by America’s allies such as in Europe, but even in countries that had formerly been friendly toward Iran, such as China. Trump and Netanyahu are having their way. Iran is apparently trapped, by the two fascist regimes in U.S. and Israel (and not only by the Sauds, who also crave to destroy Iran).

On May 13th, the New York Times bannered
“White House Reviews Military Plans Against Iran, in Echoes of Iraq War”
and reported that Trump’s team had presented to the President “an updated military plan that envisions sending as many as 120,000 troops to the Middle East should Iran attack American forces or accelerate work on nuclear weapons.” The plan was not for a land-invasion but for an air-invasion: bombers and missiles.
If Russia abandons any of its allies, such as Iran and/or Venezuela, then the U.S. regime will have discredited Russia in the eyes of any remaining allied or even just friendly country, and this too could be part of Trump’s strategy — his expectation that Russia will abandon its allies if the U.S. regime invades one of Russia’s allies.
However, otherwise (in the event that Russia stands with and defends its allies), World War III seems likely.

However, otherwise (in the event that Russia stands with and defends its allies), World War III seems likely. 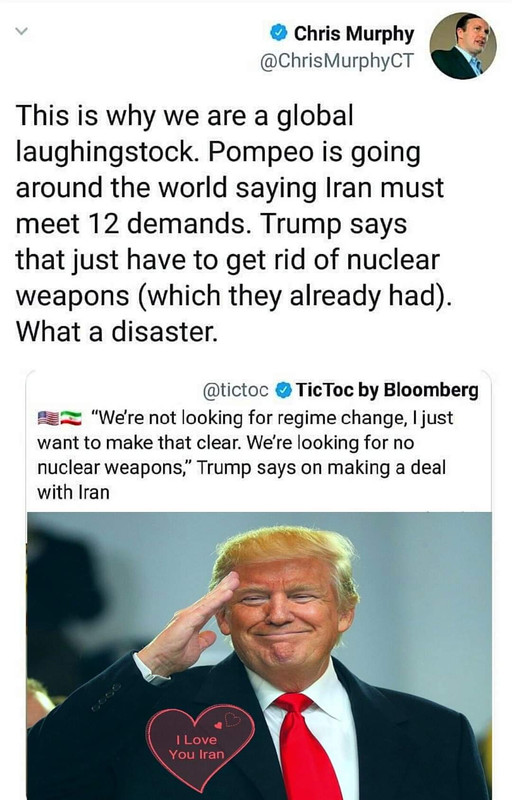