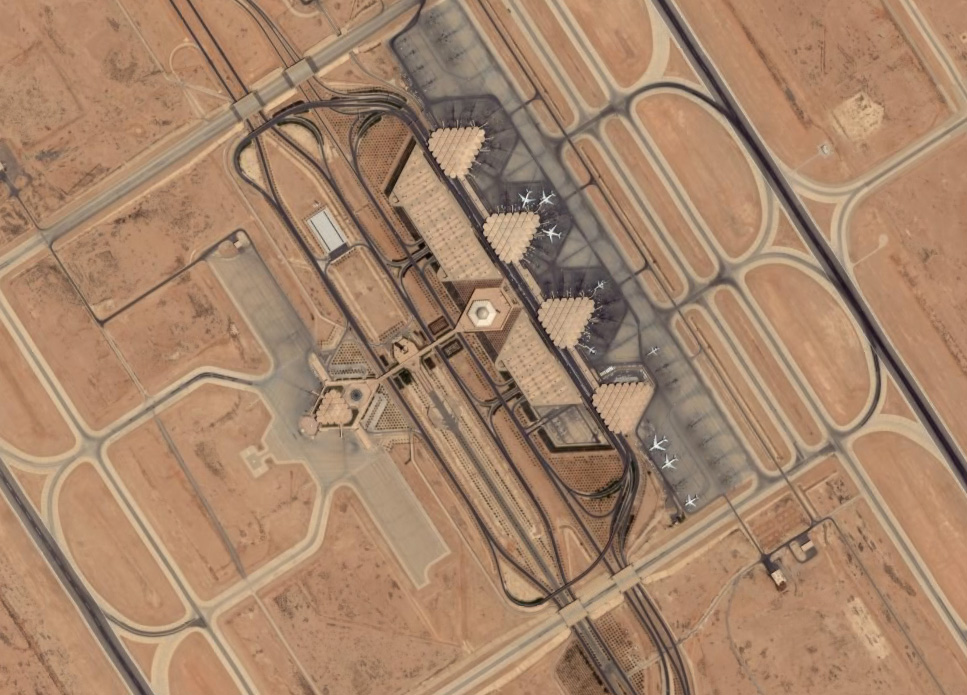 The Biggest Airport in the World
Taken literally as the airport which takes up the most land mass, this is the King Khalid International Airport in Riyadh, Saudi Arabia. It takes up some 81 square miles - an area larger than many cities.

Trivia: This airport has four terminals, yet only three have ever been used.

The second biggest airport in the world is Denver International, which takes up 53 square miles.

By comparison, London Heathrow takes up around 3,000 acres, or just 4.7 square miles.

The Busiest Airport in the World
This depends on whether you monitor aircraft movements (the numbers of take-offs and landings), or passenger numbers. An airport such as Washington National may have relatively high aircraft movements, but as the largest aircraft it handles is a Boeing 757, it handles relatively fewer annual passengers than other airports with similar movements.

Busiest International Airport
London Heathrow handles the most international passengers (as opposed to passengers on domestic flights, which make up the majority of traffic at US airports). On an overall scale, Heathrow ranks third behind Atlanta and Chicago.

Busiest City (all airports)
When the flights from all airports in a city are combined, London is by far the busiest aviation centre in the world.

Only London, Tokyo and New York have two airports in the top 30 worldwide.

Combining New York's JFK (30 Million) and Newark (29 Million) still does not reach the same level as London Heathrow. Despite being the major international gateway for Japan, Tokyo Narita (29 Million) is overshadowed by the mainly domestic Haneda (61 Million). This puts Tokyo on a relatively even keel with Heathrow (63 Million) and Gatwick (30 Million).